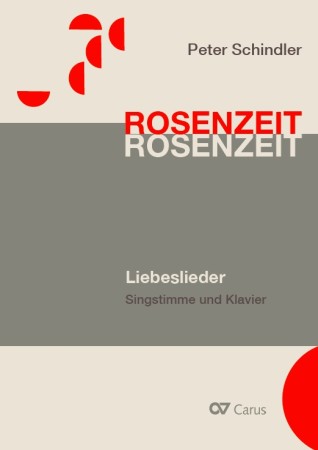 The newly composed Mörike lieder were performed by Saltacello with singer Sandra Hartmann under the title of “Rosenzeit-Zyklus” (“Time of Roses Cycle”). In 2005 and 2006, this cycle was enhanced with pieces set to texts by Claudius, Fleming, Goethe, Heine, Rückert, Schiller and von Wolkenstein.
In 2007, the lieder duo of Sandra Hartmann and Peter Schindler was awarded the Baden-Württemberg “Kleinkunstpreis” for these works. The “Kleinkunstpreis” has been awarded since 1986 by the Ministry of Culture of Baden-Württemberg and since 2000, jointly with Toto-Lotto, the lottery association. It is the most highly endowed prize and the only one awarded for smaller-scale works of performing art on a federal state level in Germany. The jury was captivated by the program “in which old love poems by famous German-speaking poets were combined with a contemporary musical language made up of jazz, pop and world music.”